Charles was a young girl. She wore royal attire fitting her statues.

Charles' father, the previous King of Althea, has passed away from "disease" sometimes before her birth. Charles has always been suspecting her father is actually killed by the Special Service. After her mother, the Queen of Althea, died from illness, Charles was immediately crowned as the new King of Althea at very young age.

Charles first appeared in the end of Chapter 37, she called out Alexandrov Grigorovich and the Three Grand Generals to meet her in the castle and discuss about giving the 3 Ballots to the Special Service.

After the conversation, Charles and two of the Grand Generals are killed by a spy. 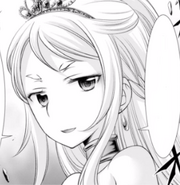 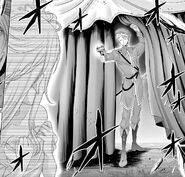